Cost £23*, includes dinner followed by a talk from Dr Rachel Varnum (see below). 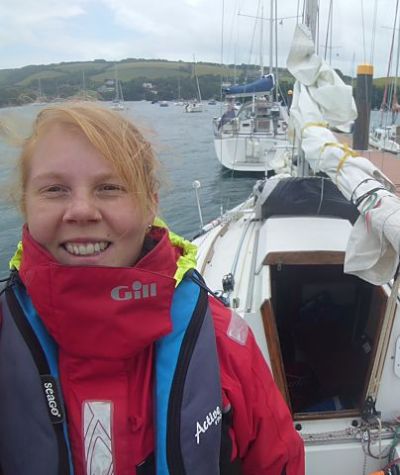 A take on the Shackleton story

Born and raised in London, Rachel Varnum is an A&E registrar having worked in both Torbay and Derriford.
Having worked at the front line through the first COVID-19 wave, she took an opportunity to work for the British Antarctic Survey as Medic for the rest of the year.
Almost all the 2020-21 British Antarctic teams left for the icy continent via an unusual route – on the RRS James Clark Ross – on not only her 30th year of service but also her, and her famed Ice Captain's, last ever voyage.
Retracing Shackleton’s steps, Rachel set sail from the UK, reaching her first sight of land for many thousands of miles, as she stepped onto South Georgia - passing through the very same whaling station he did on his way south.
From there, the team ventured to the other BAS stations at Bird Island, Signy and Rothera, delivering both staff and supplies to the remote bases, before retruning via abandoned whaling stations and UK Antarctic Heritage sites from the 1950s and '60s.
They explored whaling stations in volcanos, 100 year old whaling ships and remote Antarctic huts left waiting for people to return - seeing huge numbers of penguin, seal and bird colonies on their journey.
Returning back towards South Georgia, Rachel trod Shackleton’s footsteps at Wilde Point, Elephant Island where he bravely set off in search of help for his men following the sinking of his ship, the Endurance.
Following a turn of events, she stayed at South Georgia, becoming the station doctor.
Rachel says exploring the most beautiful island, at the edge of the world, littered with penguins, seals, mountains, ice caves and glaciers wasn’t the hardest decision to make.
* Please note that payment will be required at least one week in advance of the event. Cancellations received within 48 hours of the event cannot be refunded.